How Does A Bong Work? 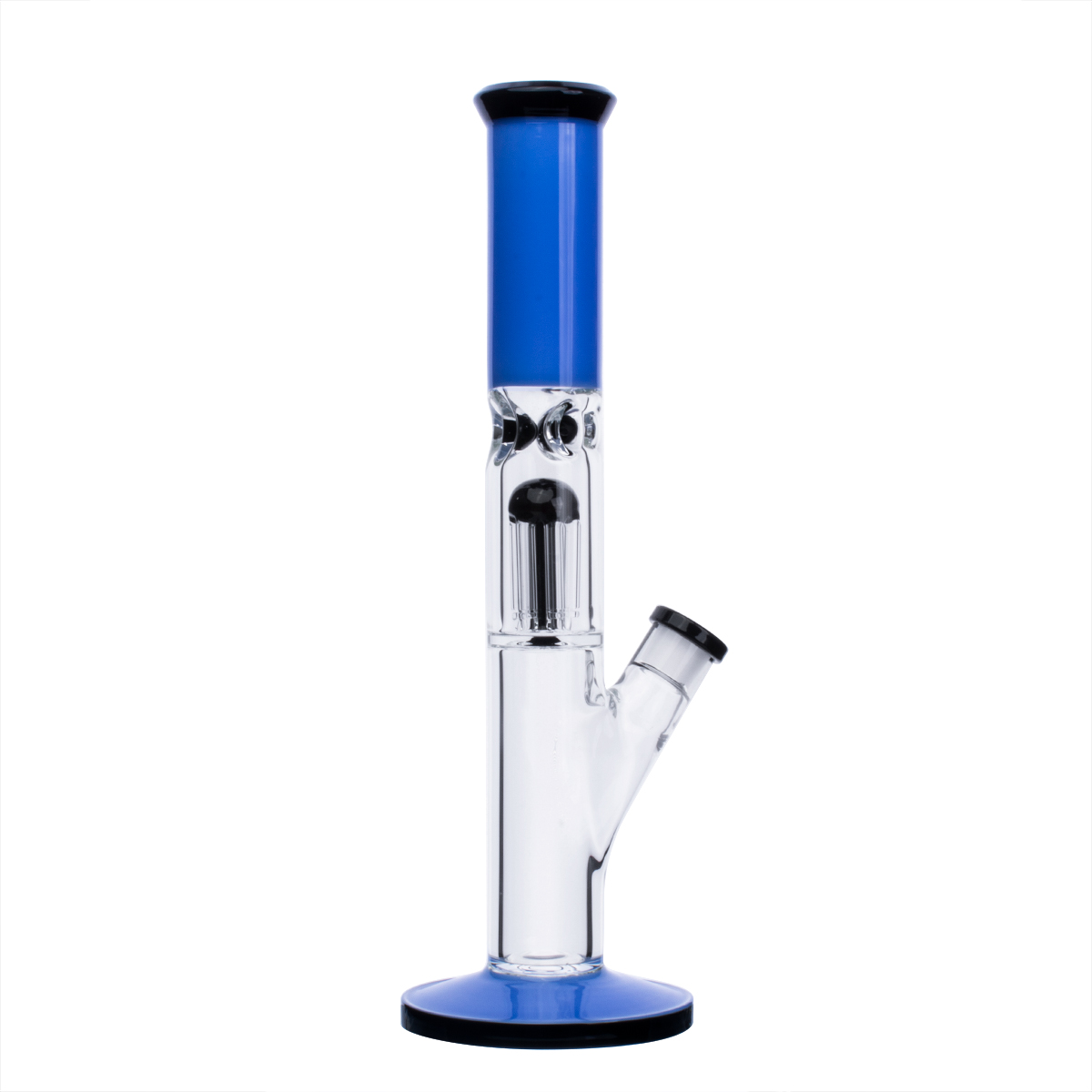 A Russian excavation shows that tribal leaders of the Iranian-Eurasian Skith tribe used to smoke with golden bongs 2,400 years ago. This corresponds to the earliest discovery of ancient bong use. Before the excavation of the Scythian bong, the earliest known bong was found in a cave in Ethiopia, between 1100 and 1400 AD. Eleven bongs were found in the cave, many of which extended underground to form a cooling system. The pipes and bottles used for these bongs were made from animal horns and original pottery.

Written records of bong use come from Central Asia in the 16th century. Thus, it is theorized that smoking guns were introduced during the Ming Dynasty in China and spread through the Silk Road. It is worth mentioning that China's regent, Empress Dowager Cixi, was even found buried with her three precious bongs during the Qing Dynasty.

Now bongs look more complicated than simple bamboo tubes, but their basic operating principles are similar. But whether you're an avid smoker or new to the 420 worlds, chances are you're wondering, how exactly do bongs work? Why does using it excite you so much? The accessories that match the bong, what are their real functions?

How does a bong work?

Let's take a look at how the bongs work: 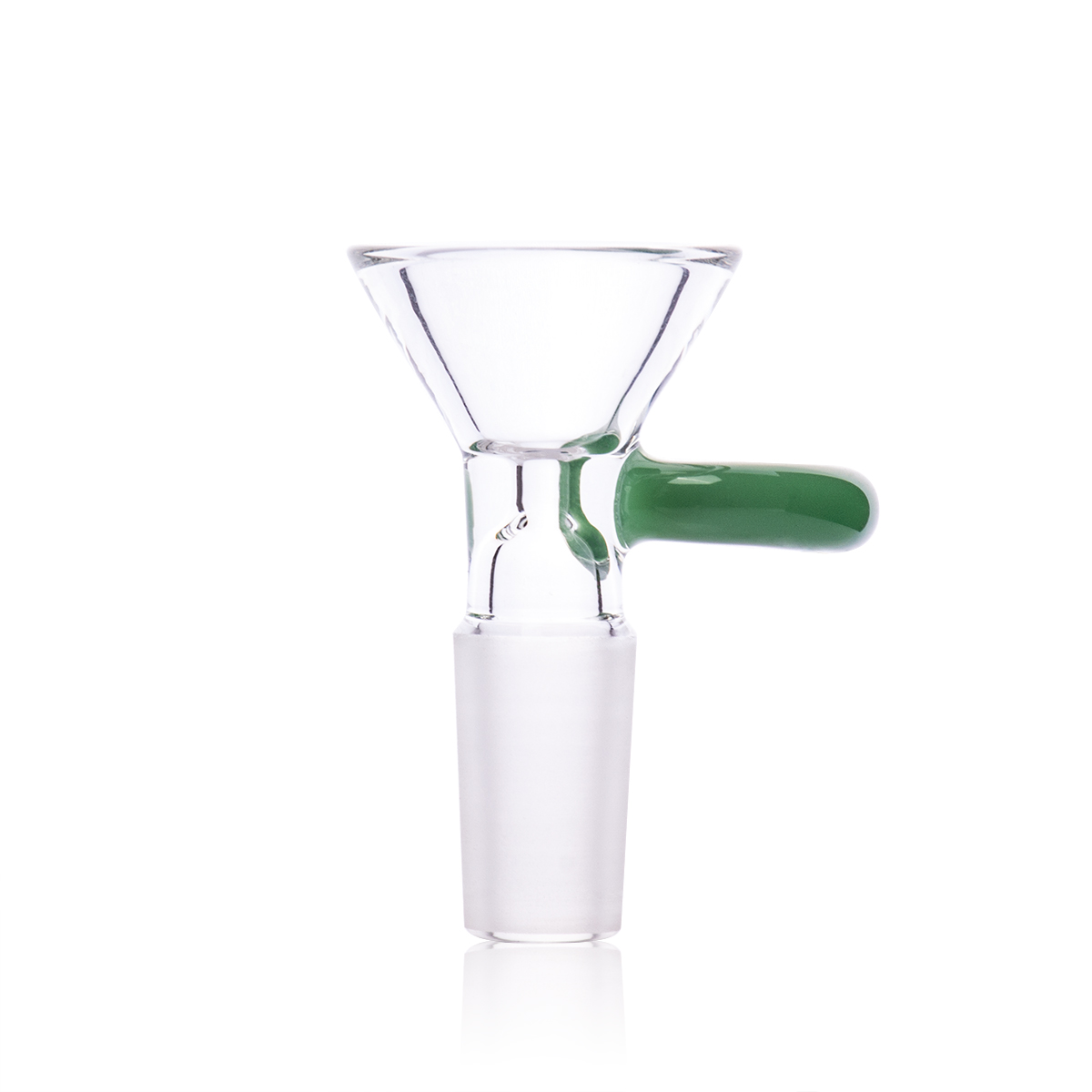 1. Light the precious marijuana in the pipe bowl

When your precious marijuana in the pipe bowl is lit, you need to suck the air from the bong. The air produced by the ignited marijuana will be carried into the airway under the bong as you suck it, and then into the smoking chamber. But how much smoke gets into the smoke chamber depends on how hard you draw it. However, that the novice is best to extract . Because this helps the smoke get through the filter well and makes you less prone to choking on the smoke. 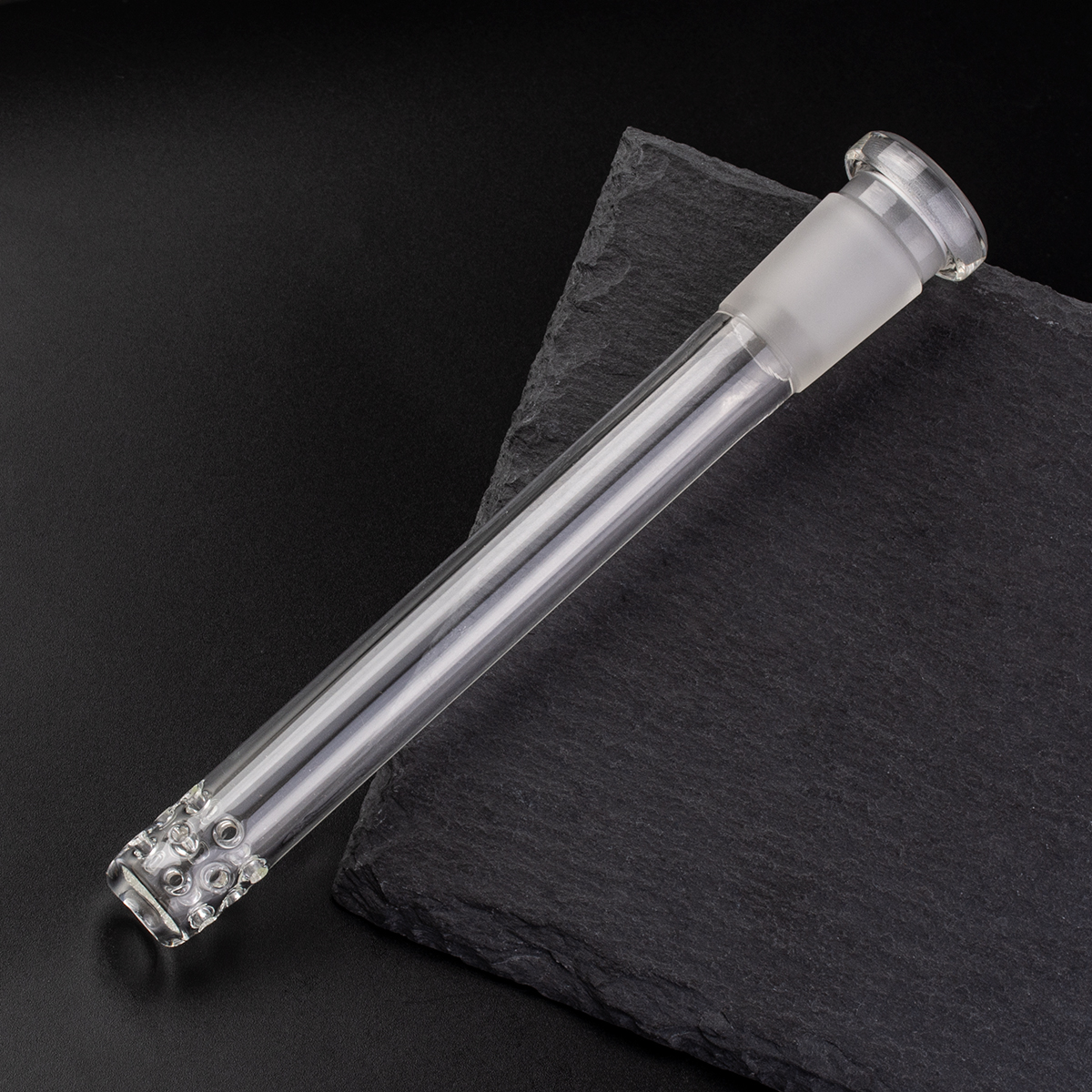 There are many kinds of filters, among which down stem is also one of the simplest filters. In general, the joint of the bong will be equipped with a plunger, and the bottom of the bong will be filled with an appropriate amount of water. The height of the water should be just below the plunger. After the smoke comes into contact with the water through the smoke chamber, it will have a cooling effect. It also produces small air bubbles that allow the smoke to come into contact with the water over a larger area, resulting in more cooling. 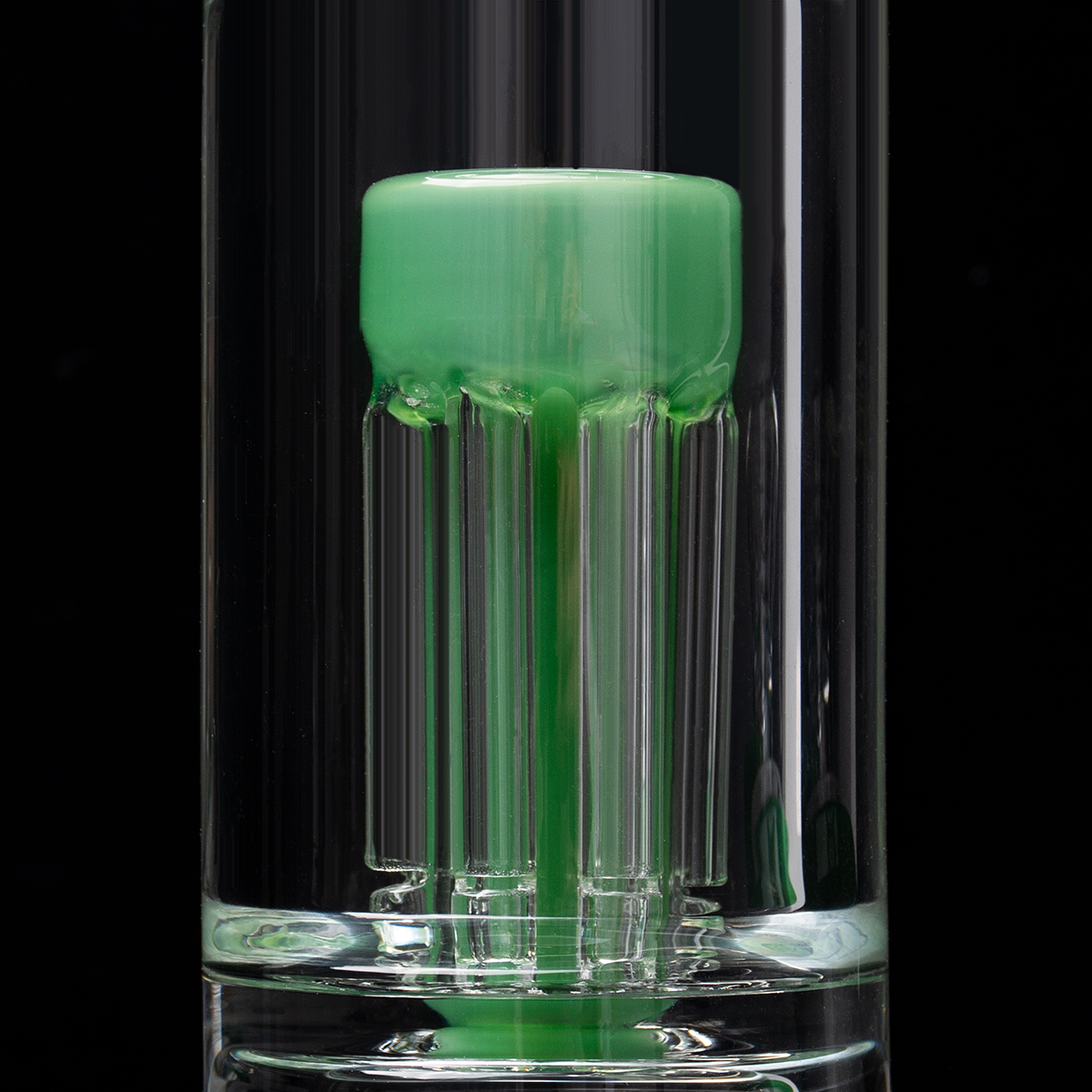 In addition to the plunger, many bongs have a built-in or external filter. The shape of the filter is designed to be different, and the bubbles generated are also in a variety of strange states. But the basic effect is to let the smoke come into contact with moisture in a larger area and be cooled.

But after the smoke has been filtered by the plunger and the built-in filter, the hot smoke is generally cooled twice as much as it was when it was first ignited. If you want, you can filter several more layers to get the best filtering effect for the smoke. 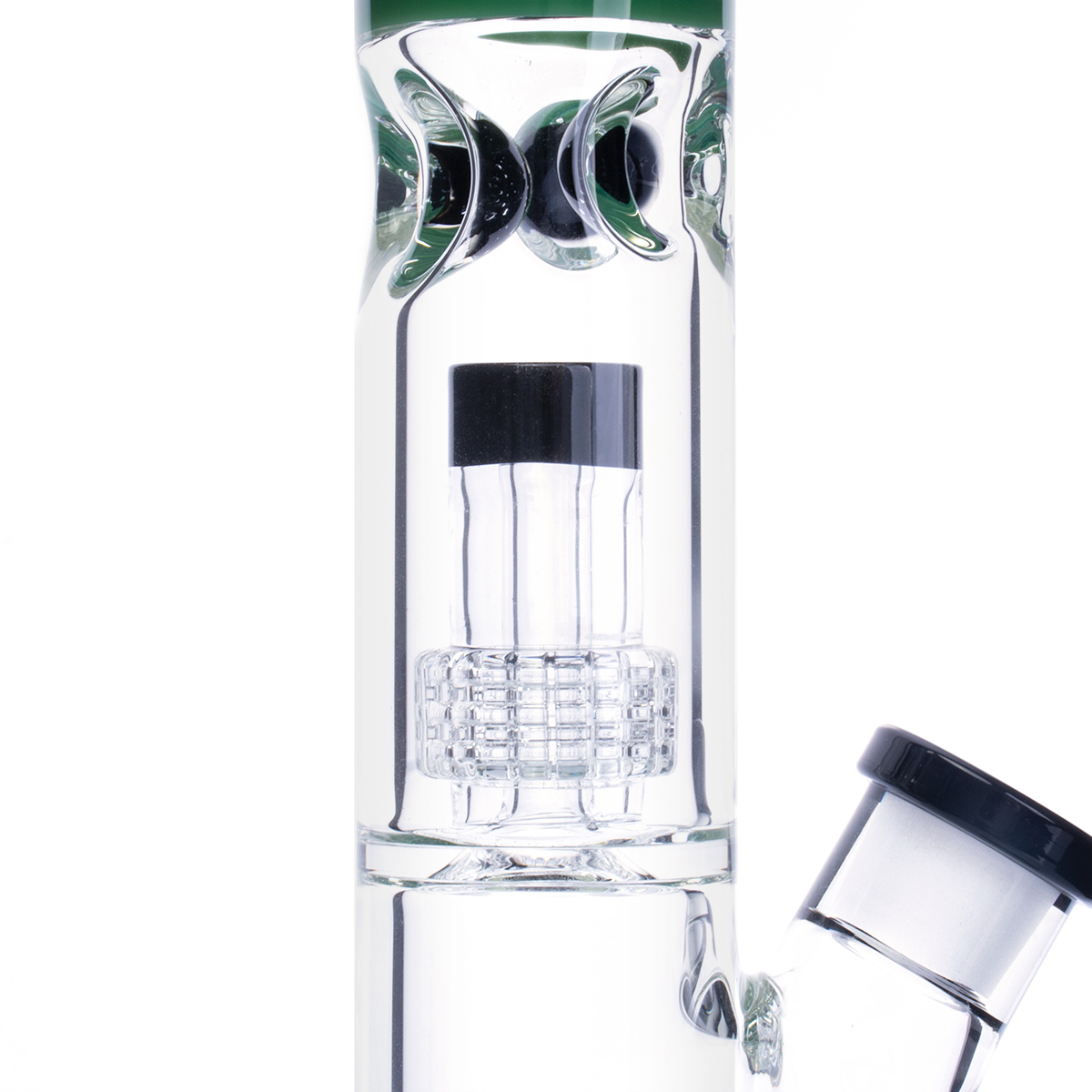 If you want some extra experience, choose some bongs with ice forks. Ice fork refers to designing several concave designs in the pipe of the bong, to prevent the ice from falling. After that, you can choose to put in the right amount of ice cubes and then extract the smoke. After the smoke has gone through multiple concerns and then cooled by ice cubes, you will feel the chills in your throat. Your throat won't choke on thick smoke. Newbies in the cannabis world can give it a try!

What accessories does a bong usually have?

What is their function?

It can be placed at the joint of the bong, and there are male and female distinctions. The male joint matches the female bowl, and vice versa. Its function is to place weed, and it can be ignited here. At the same time, for some smaller bongs, the function of the bowl also protects your face. Because the bong is relatively small, it is possible that the place where the weed is lit will be closer to the face, and the bowl can extend this distance and save your eyebrows from being burned.

Sometimes the bowl is not directly placed in the joint of the bong. Generally, the bong will have a matching downstem. Interestingly, downstems are also male and female. But the male joint matches the male downstem, and the male downstem matches the female bowl. Newbies in the cannabis world must be confused. It doesn't matter, try different bongs and accessories then you will learn more. The function of downstem is a simple downstem filter. It can be used as the first layer of filter for smoke entering the smoke chamber.

Some bongs will design a inner filter or an outer filter to increase the filtering effect of the second layer. It is worth mentioning that the bubble effect produced by the filter is beautiful and strange.

The effect of the ice fork is a small ice room. It cools the smoke quickly enough that it doesn't burn down your throat, and it even gives you a cooling sensation when you suck in the smoke. There are many veterans who add ice cubes of different flavors to try out different tastes.

If you are interested in bongs, don't miss to follow us at Boteglass. Botel Glass Products Co., Ltd. is one of the most influential manufacturers of borosilicate glass products in China, specializing in the production of smoking accessories such as glass bongs, glass water pipes, etc.

Previous: None
Next: Do Dab Rigs Get You Higher Than Bongs?
Join us, Let’ s develop high-tech products together and create a splendid future hand in hand!