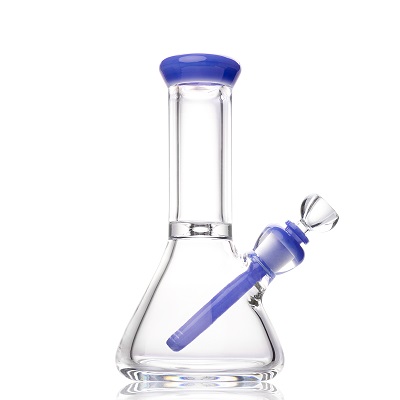 Do you want to know which Beaker Bongs or Straight Tube Bongs are best for you? Read on for more information about their different features and functions.

What Is A Beaker Bong?

The bottom of beaker bongs looks like the beakers you probably used in high school chemistry class, which is where the name comes from. They can have a bulbous rounded bottom that runs up to a more slender rounded neck. The larger rounded shape at the bottom of the beaker style bong makes it more stable. Beaker bongs can also come in a cone shape.There is a wider variety of styles available for beaker bongs than for straight tube bongs.

The bottom of the beaker bongs is much wider than the bar, which allows the tube to have a lower center of gravity. As a result, beaker bongs are very stable and less likely to tip over. This means less gun spillage and less breakage. Some people also suggest that beaker guns are easier to clean than straight tube guns.

One of the best things about a beaker bong is that the larger base makes it much better for sitting on a tabletop without getting knocked over as easily. Bongs can be broken depending on what type of material they are made from.

As the beaker bong has a more narrow neck, it is also less likely that you will get water in your mouth when you are taking a hit. No one likes to take a hit and get a mouth full of water! Some beaker bongs come with an ice catcher installed. This is for holding ice that can also help reduce splashing up into your mouth and helps to further cool and filter the smoke.

Beaker bongs are also very interesting to look at. They make a good topic for conversation if you have a particularly nice beaker bong. Many beaker bong owners also feel that the beaker style is easier to clean than the straight tube bongs. Even a small beaker bong can deliver a very big hit so size is not essential to make the most of your smoke.

The one drawback that stands out with beaker bong users is that it can be a little more difficult to get a controlled hit. There can also be the risk of larger bubbling because the base is so large, but there may also be fewer bubbles, so it’s sort of a trade-off. Another issue with beaker bongs is that since the base is larger at the bottom than at the top, it may be more difficult to clear the beaker of all of the smoke as easily as you can with a straight tube bong.

In terms of functionality, beaker bongs offer a larger volume of smoke. Because of the larger chamber area, more smoke will collect before the bong is removed. This is very useful for experienced smokers but may not appeal to beginners. Because the surface area of the chamber in beaker bongs is larger compared to straight tube bongs, the bubbles created during inhalation are also larger. This creates more filtration, which produces smoother hits. In addition, beaker bongs produce less splashback than straight tube bongs.

What Is A Straight Tube Bong? 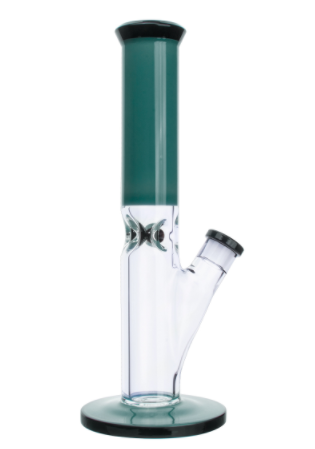 As with the name of the beaker bong, the straight tube bong’s name is fairly self-explanatory. Straight tube bongs, as the name implies, consist of straight glass tubes attached to a glass base. It is a long straight cylinder with the bowl on one side and a carburetor. The carburetor is simply a small hole to be covered during the hit that helps create suction.

Some believe that straight tube bongs have been around for centuries, suggesting that the word bong may be derived from the word 'baung', which refers to a straight cylindrical tube made of bamboo. In any case, most people think of straight tube bongs when describing the appearance of bongs, as the most classic style of the bong.

One of the biggest advantages of a straight pipe bong is its simplicity and efficiency. The smoker does not have to struggle to inhale to fill a straight pipe. Compared to a beaker bong, a glass bent pipe moves the smoke causing more resistance. And because the chamber is both narrow and evenly shaped, the amount of smoke drawn is often easier to control.

Unlike some beaker style bongs, the straight tube bongs may be more likely to come equipped with additional features like ice catchers, percolators like the showerhead and the UFO, and various chambers. These types of bongs can also have a removable downstem which is a great feature.

Cons of The Straight Tube Bong

It has been said that straight tube bongs can be harder to clean than the beaker styles, although it might also be said that cleaning either style is not always a fun or easy procedure. One of the worst things about the straight tube design is that it seems to be more unstable because of the tubular design and can be more easily knocked over and broken. Of course, this can depend on what type of material the bong is made from.

When it really comes down to the facts, both designs have their advantages and disadvantages, but they both work well and serve basically the same purpose. As with most things, it really depends on what your personal preferences are. If you use your bong alone for recreational or medicinal purposes, then a smaller size of either style could serve you better. If you are a party person with lots of friends over, then perhaps you might like a larger version of either style. Maybe buy one of each style and make your own choice!

After understanding the differences and advantages of Beaker Bongs and Straight Tube Bongs, you can choose the best smoke gun for you. In addition, Bote Glassware Co., Ltd. provides a variety of high-quality smoke guns, please contact us for more details.

Previous:How To Choose a Best Bong?
Next: The Craftsmanship And Use Of Glass Bong
Join us, Let’ s develop high-tech products together and create a splendid future hand in hand!